The 1920s and 1930s were a time of great political and social change throughout western society. Following the Great War (WWI), people’s attitudes and thoughts about correct and socially acceptable behavior.

For Working Class citizens, the onset of the depression from January 1920 to July 1921 resulted in the highest unemployment rates, which caused many returning soldiers to live on street and this was also a hard time for families, especially those whose main ‘breadwinner’ was over 45, as many people were forced into early retirement in order to accommodate for the returning soldiers without employment. This contrasts to the situation that the upper class citizens and families were placed under. The 1920s in particular was a time of great prosperity for upper class citizens and many of these people were able to capitalize with the invention of new technologies and the rapid growth of major businesses.

By the middle of the 1920s Australia was in massive debt to other countries, in particular Britain. This debt was undertaken in order for public infrastructure to be built, to start the development of the nations capitol (Known as Canberra) and finally to provide land under the “Returned Servicemen’s Settlement Scheme”. Which provided returning digger with farming land; this was introduced in order to increase productivity of the agricultural industry. The scheme was ultimately unsuccessful at sustaining the industry and failed.

On September 18th 1929, the USA economy crashed and following the incident, the US recalled all loans to other countries. As a result of Australia’s economic state at the time, the country was forced further into debt and therefore caused The Great Depression.

As a result of the Great Depression, although the conditions for the working class dramatically decreased, the circumstances for the upper and middle classes improved. Although the Great Depression caused the average wage to drop substantially, it forced the cost of living to drop dramatically more than the wage. The Wealthy continued to capitalize off the poverty of the working class by: Purchasing cheap land off those whose businesses had gone bankrupt, purchasing businesses that were insolvent and people with adequate resources to retain estates or had assets at their disposal, brought businesses at an all time low.

Many upper class women took part in charity work and held charity balls. Although the poor did not attend the balls but the proceeds were donated to charities like the Salvation Army. The balls created tension between the rich and the poor, because of the social inequalities during the time period.  At this time women known as “flappers” became common attendees at these balls. They were shorthaired and skirted women that were against the traditional role of a woman. They lived life in the “fast-lane” and brought along a sexual revolution, where birth control became widely accepted and available.

In the mid to late 1930s larger and wealthier businesses started to monopolize the market. This was mainly because the smaller competitors (like local businesses) started to go bankrupt. Prime examples of these businesses that still exist today are:

The introduction of new innovative technologies during this time period, also allowed these businesses to monopolize the market. Innovations in regards to transportation, allowed for faster and more efficient transportation of goods, this included:

This allowed businesses to prosper; however motorcars, such as Cadillac’s and Rolls-Royce’s were particularly popular among the wealthy at this time for personal uses.

The introduction of more advanced domestic technologies also made living substantially easier among the wealthy and the presence of maids in the house was dramatically reducing in the wealthier suburbs of the North Shore and Eastern Suburbs.

This included: The wireless radio

During the 1930s forms of entertainment such as Talkies (movies with sound), Cricket and the Melbourne cup also became popular among the upper and middle classes. 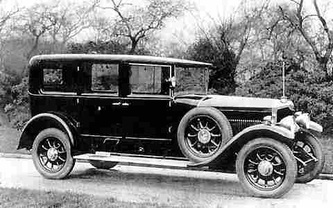 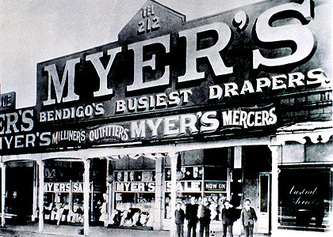 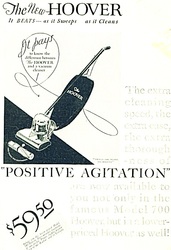